WASHINGTON, DC (February 14, 2020) – The National Council of Urban Indian Health (NCUIH) has released the 2018 – 2019 Urban Indian Organization Shutdown Report. The report summarizes and presents the results of a survey NCUIH circulated during the 2018-2019 shutdown to capture important metrics and narratives regarding its impacts. The United States federal government shutdown of 2018-2019 occurred from midnight Eastern Standard Time on December 22, 2018 until January 25, 2019. Nineteen out of forty-one Urban Indian Organizations (UIOs) reported. The responses from this survey were used in NCUIH’s policy and legislative advocacy initiatives during and after the shutdown. Although the Indian health care delivery system consists of three prongs — Indian Health Service (IHS), Tribal Health Programs, and UIOs — the report focuses on UIOs.

“The 2018-2019 Urban Indian Organization Shutdown Report demonstrates that the longest U.S. government shutdown in history had instant, longstanding, and severe negative impacts on UIOs and the American Indians and Alaska Natives (AI/ANs) they serve across the country. The federal trust responsibility to provide for the healthcare of all AI/ANs mandates that federal funding problems be fixed so that the impacts of any future shutdowns are minimized, and the lives of AI/ANs are not put at risk. Because UIOs operate on very low margins, every aspect of their abilities to deliver essential healthcare was affected by the 2018-2019 shutdown, including their abilities to hire and retain staff, to provide direct services, and, in some cases, even to remain open and available for their patients. IHS funding at the level of need, an increase in the Urban Indian Health budget line item, advance appropriations, and 100% FMAP for UIOs are all necessary fixes to protect the delivery of healthcare to AI/ANs,” said Francys Crevier, Executive Director of NCUIH.

The interruption in funding precipitated by the shutdown had dire consequences for UIOs and, consequently, on American Indians and Alaska Natives (AI/ANs) across the country. The impact on AI/ANs, many of whom depend on UIOs for their healthcare needs, ranged from patients unable to get vital medication for chronic conditions to fatal overdoses. UIOs had to make difficult decisions regarding cancellation of certain services, reduction in practitioner hours, staff retention, facility operation, and whether to use savings earmarked for other purposes to shield staff and patients from the impact of the shutdown.

NCUIH shifted its policy and advocacy focus during the shutdown to limit the disruptions to the daily operations of the UIOs it represents and urged Congress and the administration to immediately end the shutdown and restore funding to IHS. Following the shutdown and restoration of funding, NCUIH remains dedicated to establishing safeguards for UIOs against potential shutdowns in the future. NCUIH is working with Congressional officials to raise awareness for bills that would provide the Indian Health Service (IHS) with advance appropriations (H.R. 1128, S. 229) and provide 100% Federal Medical Assistance Percentage (FMAP) for UIOs (H.R. 2316, S. 1180).

All aspects of the urban Indian healthcare delivery system were impacted by the shutdown, but the UIO workforce was the first to experience its disastrous effects.

UIOs were forced to use savings designated for other purposes to shield staff and patients from the impact of the last two government shutdowns. 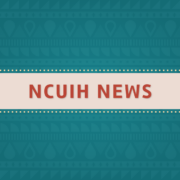 NCUIH in the News: Salt Lake Tribune – ‘We are not ready for this’: Native American tribes struggle to deal with coronavirus
0 replies

CONTACT US
SIGN UP FOR OUR NEWSLETTER
PRESS RELEASE: President Proposes $49.6 Million in FY 2021 Budget for Urban...