NCUIH advocacy was critical to the inclusion of Urban Indian Organizations and urban Native Americans in these Administrative efforts.

On November 15, 2021, President Biden signed Executive Order 14053 (E.O.) on Improving Public Safety and Criminal Justice for Native Americans and Addressing the Crisis of Missing and Murdered Indigenous People (MMIP) during the White House Tribal Nations Summit. Also on the same day, President Biden released a Progress Report highlighting the Administration’s commitment to address the needs of Indian Country and included a special section on “Urban Native Americans”. The Administration also mentioned the priority of ensuring 100% FMAP. Advocacy by the National Council of Urban Indian Health (NCUIH) was critical to urban Natives being prioritized by the White House and our work had a significant impact on Urban Indian Organizations (UIOs) being included in the E.O and the Progress Report.

The Progress Report, released by the White House ahead of the Tribal Nations Summit, highlights the Administration’s commitment to address the needs of Indian Country, including the needs of the 70% American Indians/Alaska Natives (AI/ANs) living in urban areas. NCUIH has emphasized that 70% of AI/ANs reside in urban areas and rely on UIOs to provide them with culturally competent health care. NCUIH is pleased to see that the Progress Report highlights the Administration’s commitment to ensuring UIOs receive 100% Federal Medicaid Assistance Percentage (FMAP) and include urban Indian issues within the context of public safety and justice. Over this past year, NCUIH advocacy has secured 2 years of 100% FMAP for UIOs in the American Rescue Plan Act, and the House recently passed the Build Back Better Act which includes an additional 8 fiscal quarters of 100% FMAP for UIOs.

The E.O. includes the following for American Indian and Alaska Natives living in urban areas and the role of UIOs in addressing these issues:

(e) The Secretary of HHS shall evaluate the adequacy of research and data collection efforts at the Centers for Disease Control and Prevention and the National Institutes of Health in accurately measuring the prevalence and effects of violence against Native Americans, especially those living in urban areas, and report to the President within 180 days of the date of this order on those findings and any planned changes to improve those research and data collection efforts. 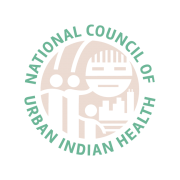